What To Expect From Microsoft Windows 8 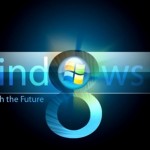 Microsoft is already hard at work on Windows 8. While it's still only in the development stage, we already have some details about what new features it could have from inside sources and leaked development builds. In this article, we look at some more features we are likely to see when it is released.

Windows 8 will have ARM support, a low-power processor which allows devices to run longer on batteries - move away from the traditional Windows with Intel processor computers. The ARM microchip architecture is already being used in many tablets. This switch from the traditional x86 platform says clearly that  Microsoft is seeing tablets as the future.

So, what's the controversy? Intel said that due to ARM processors, versions of Windows 8 would not be compatible with older Windows programs written for Windows 7, Vista and XP. "Intel's statements for the next version of Windows were factually inaccurate and unfortunately misleading" - were Microsoft's remarks.

While many technologist believe that Intel might be saying the truth, claiming that legacy apps wouldn't run on an ARM processor. Traditional versions of Windows, and the subsequent programs built to run on the OS, were made for chips based on Intel's x86 architecture, not ARM. For the things to be clear, we will have to wait till any conclusive fact is tossed.

It's too early to know how Microsoft will package Windows 8, but it's unlikely the company will give up on offering six different of its trademark OS as it has with both Windows 7 and Vista. According to an Intel executive Renee James, Microsoft will make at least four different versions of Windows 8. She added that Windows 8 Traditional will be  very different from the ARM version of Windows 8 targeted at mobile devices.

Windows 7 has yet to see a mass adoption and  Windows 8 will be releasing somewhere in next year. According to Consumer Reports, 54 percent of Windows computers are still running 10 years old Windows XP, while 11 percent are Windows Vista.  Microsoft is tired of being standing behind in the tablet business and so may have desperately hurried up with Windows 8 to take chances to stand against the very fast growth of Apple and Android's.

As we look forward to the next generation of Windows systems, which will come out next year, there's a whole lot more coming. As we progress through the year, you ought to expect to hear  lot about Windows 8 slates, tablets, PCs, a variety of different form factors.

Lets wait for the further revealings about Windows 8. Microsoft will surely have to come up with something very exciting. 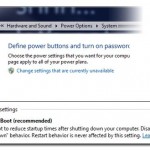 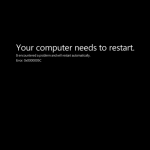 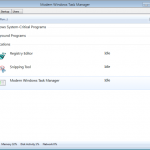 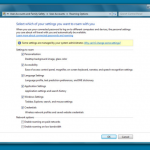 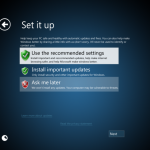 What To Expect From Microsoft Windows 8 was originally published on Digitizor.com on May 24, 2011 - 12:27 pm (Indian Standard Time)