Winamp 1.0 For Android Gets New Looks, Voice Action And Other Features 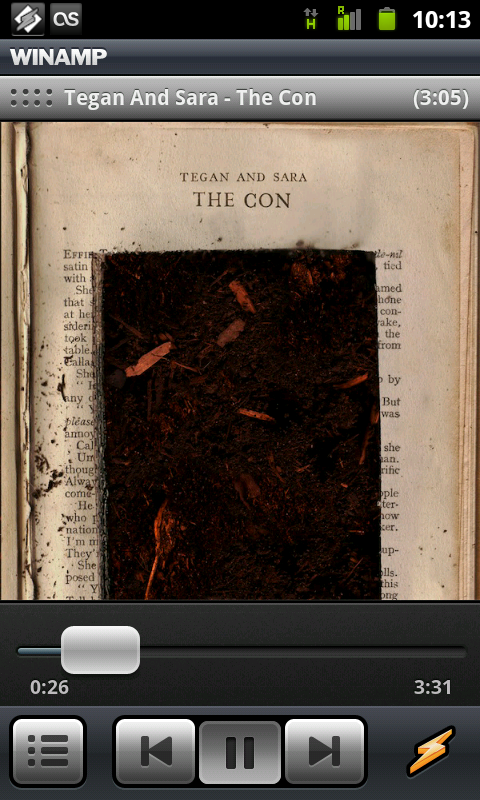 Winamp is already one of the best music players for Android. Now, Nullsoft has updated the app by adding more features and an improved interface.

Although Winamp is a fantastic app for Android, the one complaint that I had was that it looked ugly. In the latest release, Nullsoft has done quite a bit to address that. The user interface of the app has been changed to give much more emphasis to the album art. Now the album art covers most of the screen - unlike in the earlier version where it was quite small. The four buttons which took up a disproportionate space in the earlier version - info button, extras button, shuffle and repeat - are now hidden by default. They are now revealed only on tapping the album art which leaves mush more space for the album art. This changes gives the app a much sleeker look.

The new version also supports gestures for changing to the next and previous songs. Sliding the finger from left to right across the album art changes plays the next song in the playlist and doing the same from right to left plays the previous song. I still prefer changing the songs by tapping on the "next" and "previous" button, but this is a nice feature anyway.

Android's Voice Action allows users to play songs by simply speaking to the phone. The earlier releases of Winamp does not support this feature. However in Winamp 1.0, Voice Action is supported. Now, users can simply say "listen to artist/song/album" to make Winamp play the song. However remember that Voice Action works only in Android 2.2 and above.

Winamp 1.0 for Andorid is already available in the Android Market. Click on the link below to install it.

Winamp for Android on AppBrain
Advertisement

Winamp 1.0 For Android Gets New Looks, Voice Action And Other Features was originally published on Digitizor.com on March 14, 2011 - 10:43 am (Indian Standard Time)