Well, its not official yet, but Microsoft's Windows 7 has now become the most widely used operating system. The user share of Windows 7 just surpassed that of Windows XP recently for the first time since it was first launched in October 2009. This is really a good news for Microsoft as the company has been trying really hard to encourage consumers to switch from Windows XP to Windows 7. 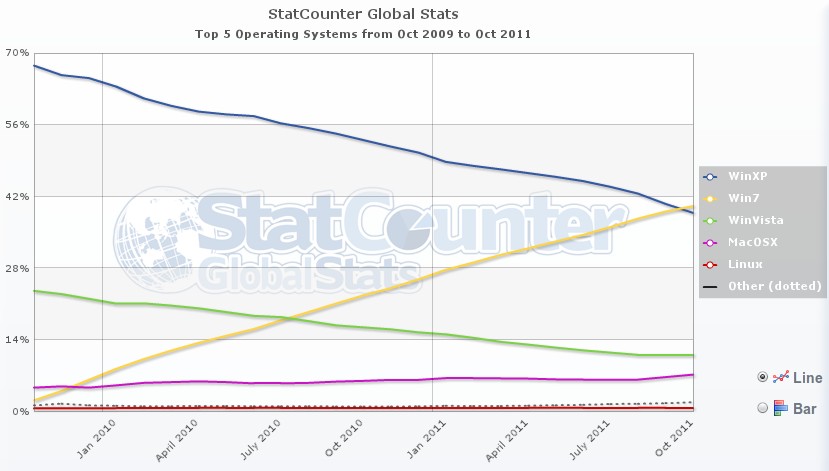 Windows 7 is now the worlds most widely used OS

Last year in August, we had told you that Windows XP Service Pack 3 had a strong market share of 53% and within one year Windows 7 has removed it from the top position.

Windows Vista was kind of a disaster for Microsoft as many users straight away downgraded to Windows XP after using Vista for the first time and in fact even I was one of them. But with Windows 7, Microsoft has won back all its disappointed users who gradually started making the switch from Windows XP to Windows 7.

Windows 7 Kicks Out Windows XP From The Top Spot In Terms Of Usage was originally published on Digitizor.com on October 15, 2011 - 1:13 pm (Indian Standard Time)