Worldspace Satellite Radio Is Back In India 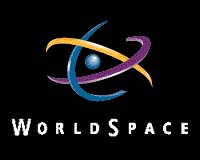 Almost one and a half years back Worldspace Radio had announced that it would shut down it's operations in India. This definitely left more than 450,000 local subscribers of Worldspace, annoyed who had joined the radio service as combined offers from Airtel DTH pay-television service. However, Digitizor has now learned that Worldspace would be relaunching in India as a strategic Partnership between India's multimedia giant SaReGaMa India Ltd. and Timbre Media.

Timbre Media was started by the existing employe es of Worldspace satellite radio in India. The company started in early 2010 and has now established new studios in Bangalore and Mumbai to delivers customized and other premium audio content to customers in India and overseas. Timbre Media has also secured an exclusive license to use the Worldspace brand in India.

Here is the press release:

Saregama India Ltd. and Timbre Media Pvt. Ltd. announced a strategic alliance under which Saregama has acquired a 10% equity stake in Timbre Media and the two parties will partner to provide a high-quality and variety of genre-based radio channels to the Indian market.  With this, the Saregama India-Timbre Media alliance brings back the legacy of WORLDSPACE radio whose name is synonymous with genre-based programming excellence. The two companies plan to use content from Saregama’s industry-leading and extensive library as well as from other popular labels to provide unparalleled 24-hour stations of Indian music ranging from old hindi films, hindustani classical, Carnatic classical, new hindi music, ghazals and stations in all major Indian languages.

Saregama India and Timbre Media plan to leverage the distribution network of Saregama and the Timbre Media-developed channels to target the digital domains of mobile, Internet and Direct-to-Home television services. On the occasion Mr. Adarsh Gupta, Business Head – Music at Saregama India said “This is a very logical alliance for Saregama as it takes us to the next stage in the value chain with our content. We believe that there is still a very loyal customer base that appreciates the quality that the Timbre team provided previously on WORLDSPACE. Through this alliance we will endeavour to bring the same quality and serve this product in all possible digital formats including Mobile, DTH and the Internet.”

Worldspace Satellite Radio Is Back In India was originally published on Digitizor.com on July 5, 2011 - 4:16 pm (Indian Standard Time)