Almost three months back we had told you that Yahoo! would be most probably discontinuing two of it's popular web based services: MyBlogLog and Del.icio.us. Well, it has happened as Yahoo! has officially discontinued it's MyBlogLog service and we think Del.icio.us will follow soon (or may be not).

Here is a snippet from the e-mail which Yahoo! has been sending out to all the users of the MyBlogLog service, which will be discontinued by Yahoo from May 24, 2011: 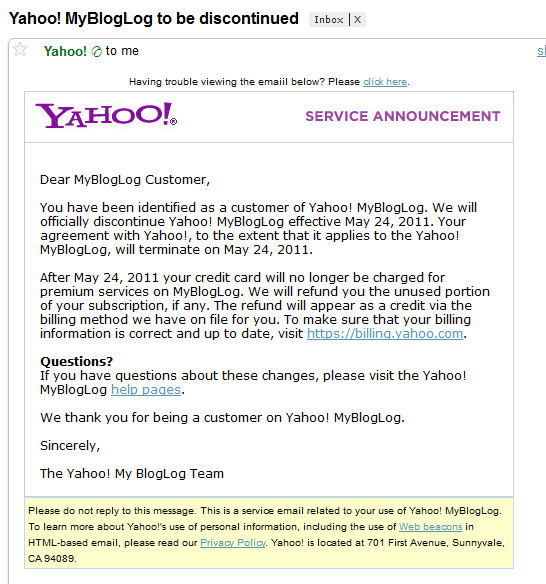