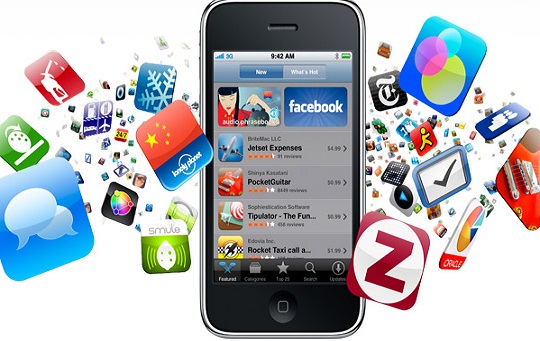 Mobile app market is all set for a bigger explosion. International Data Corporation (IDC),  a leading global market intelligence and consulting firm, has predicted that the number of mobile app downloads is going to increase to an impressive figure of 182.7 billion in 2015 from 10.7 billion downloads in 2010 and 38.2 billion in 2011.

For the outlook on the mobile application market, IDC remains well informed by the biggies of the mobile apps market. Other sources include financial and product announcements and its quarterly survey of Appcelerator’s 70,000+ mobile app developer base. Appcelerator provides services and platforms to enable Web developers to build intuitive, content-rich applications for Mobile, Tablet and Desktop platforms.

The survey reveals that there is a significant shift away from the current reliance upon mobile app download purchases to more sustainable mobile app business models that are increasingly focusing on in-app purchasing and in-app advertising for additional revenue streams. This shift can be found mostly in the free app category, where in-app purchases allow users to get additional features from buying a more functional version .

App developers are not only focusing on ways to 'appify' just about every interaction you can think of in your physical and digital worlds, they are now focusing on longer term sustainability issues. The user sustainability trifecta of social networking, location, and the cloud are now increasingly being supported by the business model financial trifecta of application store purchases, in-app purchasing, and in-app advertising.

IDC's competitor ABI research, had reported in the month of April 2011 that app industry is on its way to achieving 44 billion cumulative downloads by 2016. The new prediction from IDC sees a figure way more than that predicted by ABI research. The market of mobile apps is growing unprecedentedly. May be there comes up a new forecast showing larger figures than IDC's.