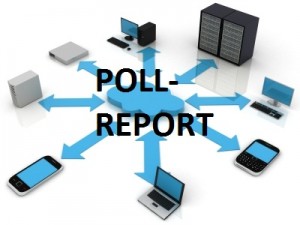 As many as 28 percent of U.S. organizations are using cloud computing today, according to a recent report by CDW, a leading provider of technology products and services to business, government, education and healthcare. This was the first time CWD went for the Cloud Computing Tracking Poll. Nearly three-fourth of these companies reported that they first went for an implementation of a single cloud application and they then stretched it to other applications.

The result is based on the assessment of about 1,200 IT professionals who understand and are familiar with their organization’s usage or plans for cloud computing. A majority of the organizations (nearly 84 percent) reported that they have already employed at least one cloud application and rest other don't classify themselves under the category of 'Users of Clouds'. Respondents who identified themselves as cloud users expect to spend no more than one-third of their IT budget (34 percent) on cloud computing by 2016, and at the same time, to save 31 percent of their IT budget by using cloud resources and applications. 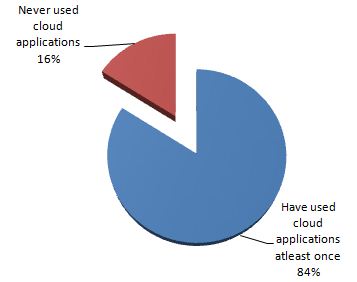 Among current cloud users, 84 percent said they cut application costs by shifting to the cloud. On average, cloud users report saving 21 percent annually on those applications moved to the cloud. This highlights the fact that cloud computing can help in increasing savings by providing better solutions and for small medium business companies (SMBs) it can really prove to be a boon. 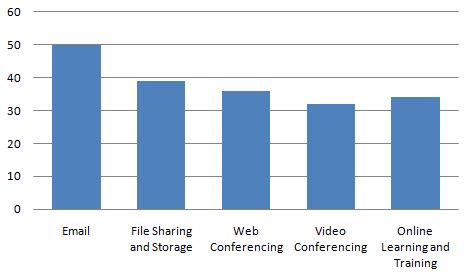 Percentage of the usage of different cloud applicatipns

According to the report, applications most commonly operated in the cloud are some basic valuable applications such as email (50 percent of cloud users), file storage (39 percent), web and video conferencing (36 and 32 percent, respectively), and online learning (34 percent). Most of these application recently got the tag of 'Cloud', as they were also present earlier. Adding some intensive technicalities of Cloud Computing have increased their efficiency.

Many organizations are carefully – and selectively – moving into cloud computing, as well they should, because it represents a significant shift in how computing resources are provided and managed. The potential to cut costs while maintaining or even enhancing computing capabilities for end users presents a compelling case for investment in cloud computing. The fact that even current cloud users anticipate spending just a third of their IT budget on cloud computing within five years suggests that before wide-scale implementation, IT managers are taking a hard look at their IT governance, architecture, security and other prerequisites for cloud computing, in order to ensure that their implementations are successful.