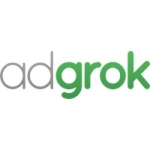 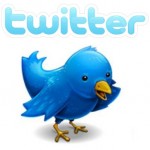 Twitter seems to be in an expansion spree. Earlier this month it acquired TweetDeck for around $4o million and earlier today, it was rumored that they are adding a photo sharing service. And now Twitter has acquired AdGrok, announced by the AdGrok team, in a deal undisclosed. Seems like it is a merger.

AdGrok is a Google AdWords Certified Partner and a Y Combinator-backed startup. It started its beta service last year. Recently, in March it has come out of the beta stage and announced its pricing model. It aims to simplify search engine marketing campaigns and take the headache out of it. For the businesses making ad campaigns, AdGrok make everything quite clear and informative. It supplies a lot of tools to let you get an insight into the ad spend, performance, and other factors which help simplify the complicated issues.

From now onwards, AdGrok will be working with the Twitter's Revenue team and has cut-off their services to the existing customers.

Twitter can help in promotion of its trends and tweets with help of AdGrok, which works on contextual keywords bidding. The Twitter site lacks ads and campaigning, AdGrok can prove to be very handy in this area. This can help Twitter to earn a lot of money through ads. Twitter can also use AdGrok in deriving statistical and relevant data and letting users use those data. Twittertcounter and Tweetstats perform such operations.

With acquisition of AdGrok, Twitter is surely going to play big in the ads world.