Android 3.0 Honeycomb Has A Smartphone UI As Well

When Google showed a preview of Android 3.0 Honeycomb in CES 2011, it was introduced as a "Built For Entirely Tablets". Many (including me) interpreted this to mean that Honeycomb will not be available on phones. ZDNet even went on to announce that Google has forked Android.

However, people has been digging through the preview of the Honeycomb SDK that Google released a couple of days back - and discovering cool stuffs on the way, like the new logo. Pocketnow.com too has been playing around with the SDK and they have discovered that contrary to popular belief, there is indeed an interface for Honeycomb for phones. When the screen resolution of the emulator is changed to WVGA, the user interface changes into that for a phone. 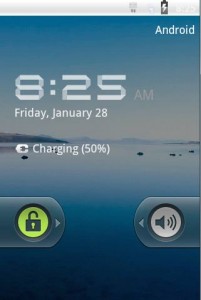 The new Honeycomb interface for phone has the familiar notification bar at the top, unlike the tablet UI which has it at the bottom. The interface for the phone is obviously at a very early stage and even the launcher keeps on force closing continuously.

So, it seems like there is going to be one Honeycomb for both tablets and phones - with only the UI changed depending on the screen resolution. This strategy has also been implemented by Kubuntu, for its Desktop and Netbook interface, and it works quite well.

Any guess when we will see Honeycomb phones?

Android 3.0 Honeycomb Has A Smartphone UI As Well was originally published on Digitizor.com on January 29, 2011 - 1:04 am (Indian Standard Time)