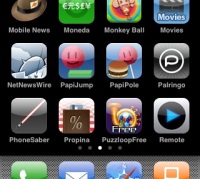 In a latest move to put a curb on obscene and inappropriate apps in the Apple App-Store, Apple has removed almost over 5,000 apps from its App Store, including some that according to Apple feature "overtly sexual" content. Telegraph UK reports that many app developers have received a message from Apple stating that the company was refining the guidelines under which the App Store operates.

Apple now states that the content that was earlier suitable for distribution are now no longer deemed appropriate, following many complaints from customers about obscene apps having explicit content.

Apps such as the Wobble iBoobs and Daisy Mae's Alien Buffet, a game for the iPhone and iPod touch, has also been removed from the store because the cartoon heroine in the game wears a bikini. Whereas the Official Playboy App that features pictures of scantily clad playmates is still up for sale. Although, many industry insiders believe that Apple is cleaning up the App Store ahead of the launch of its iPad tablet, which Apple is hoping to promote as a device for families and schools.