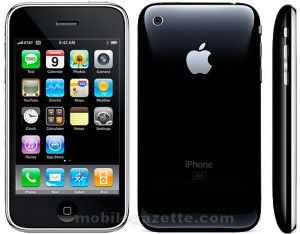 Who knew that these small SIM cards add up to the thickness of phone, so much that now Apple has considered to go for even smaller SIM card standard which would eventually help it to produce thinner iPhones. The proposed SIM card is smaller than the micro-SIM card used in iPhone 4 and iPad.

The chief executive of wireless giant France Telecom, Stephane Richard, has revealed a number of details in a new interview, confirming an earlier report that France Telecom, whose Orange brand carries the iPhone in 15 countries, and Apple are working together to develop a smaller SIM card to accommodate the next-gen iPhone’s miniscule size.

Richard told in the interview -

We are going to work with them in order to standardize a new format of SIM which takes into accout our needs with security and authentication and also is compatible with their wishes in terms of size. I understood that the next iPhone would be smaller and thinner and they are definitely seeking some space.

Two weeks back, Apple had submitted a new requirement to ETSI (European telecoms standards body) for a smaller SIM form factor. It will still take some time for Apple’s proposal to be implemented and it is expected that the change will be seen beyond iPhone 5. The dimensions of Apple’s proposed new SIM card standard is not yet known.

So, what has prompted Apple to take such a thing into consideration? Well, by the time other companies would be thinking about the SIM Card thing, Apple is there ready with the thinnest mobile phone on the planet. Apple surely has got a great foresightedness. No wonder, it has always produced things beyond imagination.

To get to know more about Richard's interview click here.