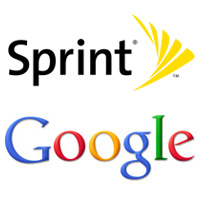 Google will unveil a mobile payment system on Thursday that lets consumers pay at checkout with phones instead of cards. Google is rolling out this payment system on Sprint phones that would use near-field communications (NFC) technology.

NFC is a way for two devices to communicate small amounts of data when they're placed closely, about four inches apart. Similar technologies are used for "mobile wallet" services. The Nexus S was introduced earlier this year with its NFC tag reading ability, which was groundbreaking - just a little too ahead of its time to be useful.

In March, we heard that Google was testing its mobile payments service. There have been plenty of rumors about the company’s plans for NFC. If reports happen to be true, Google and Sprint will be the first major mobile players to bring NFC to consumers on a wider scale. Google and Sprint have naturally declined to comment, although it is telling that Google has sent out invitations for a press event at Google's New York offices on Thursday and will stream the announcement on its YouTube channel.

NFC technology is also reportedly being used by the Apple iPhone 5. There have also been reports about Isis, a collaboration between AT&T, Verizon, and T-Mobile wants to implement NFC technology into handsets and introduce the mobile wallet by mid-2012.