Canonical releases Ubuntu One Music Store to the public 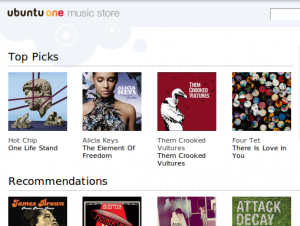 If you had missed all the news surrounding Canonical's new and shiny music store, here is a quick recap about it:

When Ubuntu 10.04 Lucid Lynx Beta 1 was releases, Ubuntu One Music Store was not included with it although an icon was included with Rythmbox. However, if you are already using Lucid, you can start using it. To do it do the following:

After it has been installed, you can enable it from Edit -> Plugins. Keep in mind that it is still a beta and remember to file any bug if you encounter any.

Canonical releases Ubuntu One Music Store to the public was originally published on Digitizor.com on March 23, 2010 - 2:04 am (Indian Standard Time)