Get Ready To Chirp!!! – First Ever Twitter Developer Conference

Twitter will be hosting their first ever conference, Chirp, on 14th -15th April 2010 in San Francisco. The two day event will witness the likes of Ev Williams, the CEO and co-founder of Twitter, Biz Stone, also the co-founder. You can get the complete list of the speakers, here - http://chirp.twitter.com/speakers.html . Developers will have to cash out $469 to attend the conference.  There is also a scholarship version of the ticket, for the ones who cannot afford to pay $469. Signing up for the event-  http://chirp.twitter.com/sign_up.html

The first day of the conference will take place at The Palace of Fine Arts Theater. Key talking points include OAuth, Streaming, Geolocation, Business Strategies, Mobile Integration, Roadmaps and lots more. The second day of the event will move to Herbst Pavilion in Fort Mason for a 24-hour “Hack Day” for Twitter third-party developers. This will be the first time that the developers and the Twitter’s team will meet under one roof and all the questions will be answered face to face. 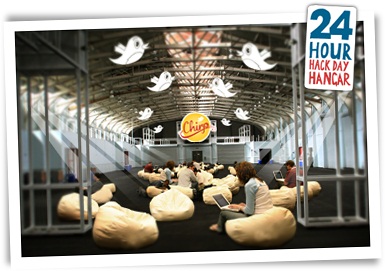 There is also a hint that commercial account for businesses on twitter will make debut on the conference. Twitter’s head of product management and monetization, Anamitra Banerji will be speaking on commercial account. The Dev Con will end with a party - free beer, free food and music all night long. On the Chirp page there is a hidden area (http://chirp.twitter.com/secret_page.html), which teaches you how to make the Magical Origami Chirp Bird, if you are into that sort of things.

This article has been written by Jasbir Singh - An Engineer by profession  and a Social Media Rockstar by passion. Jasbir specializes in analysing digital media and is an avid psychedelic rock music fan. You can follow him on twitter: @jasbir.

Get Ready To Chirp!!! – First Ever Twitter Developer Conference was originally published on Digitizor.com on April 10, 2010 - 10:55 pm (Indian Standard Time)