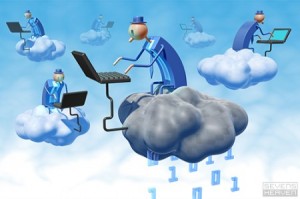 The cloud world is very dynamic in nature. This very infant concept is growing leaps and bounds. There are many developments taking place all the time in Cloud Computing. We, through this article are covering some recent activities of the Cloud World over the past few days.

Fujitsu, after its successful operations in Japan, Australia, Singapore and the United Kingdom, is launching its infrastructure-as-a-service offering in North America in a few months, and will start offering interested customers a free three-month trial next week.

Fujitsu, on Sept. 1, plans to officially launch cloud compute, storage and network resources on a pay-per-use model. It will even host a Windows Azure cloud. The service works with Microsoft, Linux and CentOS applications. The platform is built on open standards. The company also offers consulting service and can help companies transition workloads to the cloud.

Intel Corporation today announced the release of a service that delivers improved usage of cloud technology to small and medium-sized businesses.The solution consists of “a server, a catalogue of pre-packaged small business applications from a broad range of software providers, and Intel-developed software to securely manage and track use of the application software.

In addition to serving small businesses of all types in all industries, Intel sees this as a powerful tool for verticals such as healthcare. AppUp represents the new step forward in the increased sophistication of cloud-based technology in the quickly growing small and medium-sized business.

Citrix Systems has acquired Kaviza, a two-year-old startup with expertise in virtual desktop infrastructure (VDI) virtualization for Windows desktops, in an undisclosed deal. Kaviza was founded by some techies out of HP Labs. Citrix with this acquisition reinforces an already very strong desktop virtualization presence, way ahead of its rival VMware.

The acquisition adds a unique VDI-only solution to the Citrix portfolio — allowing the company to further expand into the small and medium business market and accelerate its leadership in desktop virtualization across all market segments from small organizations to large enterprises.

SalesForce, one of the major players in Cloud Computing field is playing the game very well. The company apparently netted a solid 5,400 new customers in the first months of the year, driving Salesforce to record quarterly revenue of $504 million. That puts Salesforce at a claimed 97,700 total customers, a boost of 26 percent year-over-year.

$504 million in quarterly revenue represents a 34 percent gain year-over-year, according to Salesforce’s press release. Company says that a full $31 million comes from professional services around its SaaS offering, a boost of 18 percent from Q1 2010.

The company also claims to hit $2 billion in revenue for the fiscal year 2012, it will be the first enterprise cloud company to do so. This seems to be unlikely, but not enough. Things can get bigger in Cloud world.

EMI joined Warner Music Group in allowing Apple to distribute their music over a cloud-based service, and later Apple officially inked a deal with Sony Music. That leaves just one of the big four music labels -- Universal Music Group - left to sign on with Apple. And seems that Universal is supposedly close to signing with them very soon.

Getting all four major music labels to sign on to a cloud-based service is seen as a serious win and another vote of confidence for Apple's streaming media services. Both Google and Amazon launched their online music services without any major music label support.