CyanogenMod developer, Andrew Neal, has announced a new music player which is likely to replace the current music that comes with CyanogenMod 9. The music player - known as CyangenMod 9 Music player for now - does not officially have a name yet. However, it is one of the most feature rich and best looking music players for Android.

Some of the coolest features of the app are the Shake and Flip features. You can customize the music player to perform specific function on shaking it - like change to the next track. The Flip action allows you to quickly pause the music by putting the phone face down. You can play it again by putting it face up.

The app uses the Google Music theme and already looks very good. However, it comes with a theme engine which will allow users/designers to completely change the looks of the app.

As the current name might suggest, the music player works only in Ice Cream Sandwich. However, Andrew Neal has mentioned on Reddit that he might port it to earlier versions on Android too.

I have been using this music player for almost a day and so far it has been fantastic and very stable. However one thing I miss in this app is Google Music. The CM9 Music player has no Google Music integration. This is no fault of the app since Google has not released API for third-party apps to use the service. However for those who have been using Google Music, this can be a deal breaker.

Here are some screenshots of the app: 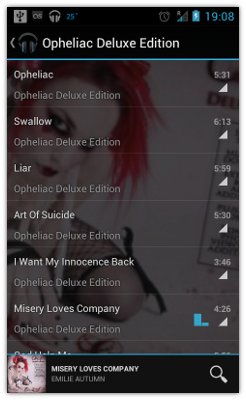 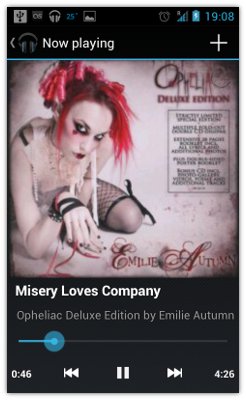 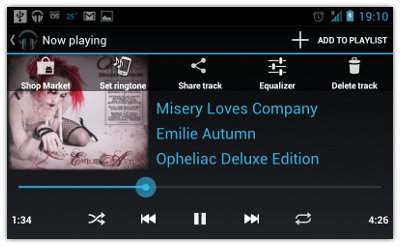 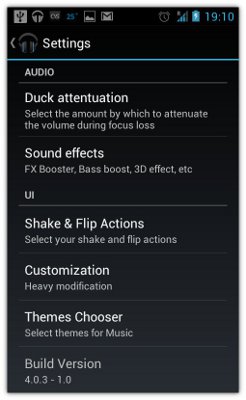 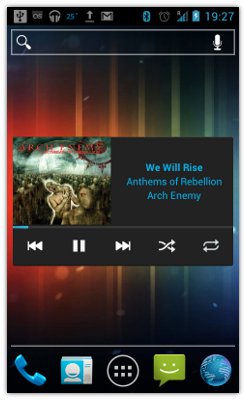 The CyanogenMod 9 Music player is a fantastic app and if you want to try it, the download links are given below.