Facebook is the world’s largest social network, and for co-founder Mark Zuckerberg, it has to be more about user experience and less about advertising. Strangely enough, even with this philosophy, Facebook is planning to launch sponsored stories for the mobile version soon. And to not focus on monetization is rather interesting coming from Zuckerberg, considering he is the world’s youngest billionaire with a 25% share in his own company. 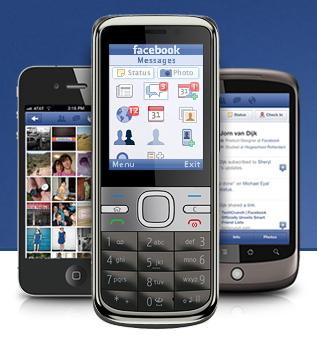 Martin Sorrell, CEO of WPP Plc, in a statement to Reuters said that "Mark has an evangelical approach to advertising. He sees Facebook as a vehicle to open up communication, not to monetize." The change in Facebook’s attitude to advertising is now showing with even users noticing the changes. The coming of sponsored stories to the regular news feed and now the decision to introduce them on mobile is evidence to the same.

Figures released by Hitwise show us that 9% of website visits in the US are to Facebook. That roughly means one in eleven times that a person opens a website, it is Facebook. It is one of top two websites of all markets in the world, except China, and now has 850 active monthly users. As staggering as the numbers are, with further expansion happening on mobile, the possibilities are endless. So what does the new mobile advertising move spell for Facebook?

Although Facebook does not have a mobile advertising platform of its own as of now, the fact that half of its users access Faceboom through their mobiles means that mobile advertising will have to be different from the browser experience. Reports say that Facebook will begin featuring sponsored stories into users’ mobile news feeds around March 2012. Facebook also confirmed to Reuters that it will not ask any third party agency to build paid apps for the mobile platform.

Facebook To Launch Advertisements On Mobile As More And More People Log On was originally published on Digitizor.com on February 9, 2012 - 12:12 pm (Indian Standard Time)