Facebook And Spotify Teaming Up On Music Streaming Service 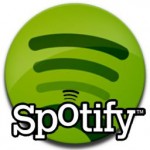 Why would Facebook stand behind, when all major companies are trying their hands on music streaming service? Facebook and Spotify are collaborating on a streaming music service at the world's largest online social network and are two weeks away from launching a new music streaming service, according to a report Wednesday by business magazine Forbes.

“Sources close to the deal” have told Forbes that the service is now being tested. The report says that -

When launched, Facebook users will see a Spotify icon appear on the left side of their news feed, along with the usual icons for photos and events. Clicking on the Spotify icon will install the service on their desktop in the background,” thereby opening up Spotify’s huge library of songs, allowing users to listen to them through Facebook.

At the G8 summit in Paris, Mark Zuckerberg showed some interest in making music and film industries more social. He said in a conference -

Facebook is not out to get into music or film businesses but it is working with companies that create entertainment content to make their services more social. I hope we can help those companies become more social. We're going to see a lot of the transformation in these industries over the next three, five years that we have with gaming so far.

Founded in 2006, Spotify is one of the world's largest streaming websites and is available only in Sweden, Norway, Finland, Britain, France, Spain and the Netherlands because of copyright issues. Spotify is, however, planning to launch in the US, possibly this year. Early this month, it launched an application enabling users to synchronize playlists and songs purchased through its service with Apple's iPod, a clear challenge to Apple's iTunes.

Facebook, if starts such service, would tremendously lead the music service world because of the largest number of users it holds. If the service is fair enough, would help the users not to wander through internet to get a hot spot. Spotify, on the other hand will also gain a lot of popularity and generate revenue.

Facebook And Spotify Teaming Up On Music Streaming Service was originally published on Digitizor.com on May 26, 2011 - 9:00 pm (Indian Standard Time)