Facebook Now Has Over 80+ Media Apps On The Timeline, As 12 More Join In

For the true fans of media apps on Facebook, this could be welcome news. Twelve new media apps were launched by Facebook on Wednesday for its timeline feature, adding to the already long list of media apps which includes Yahoo!, Washington Post Reader and the Guardian social news app. 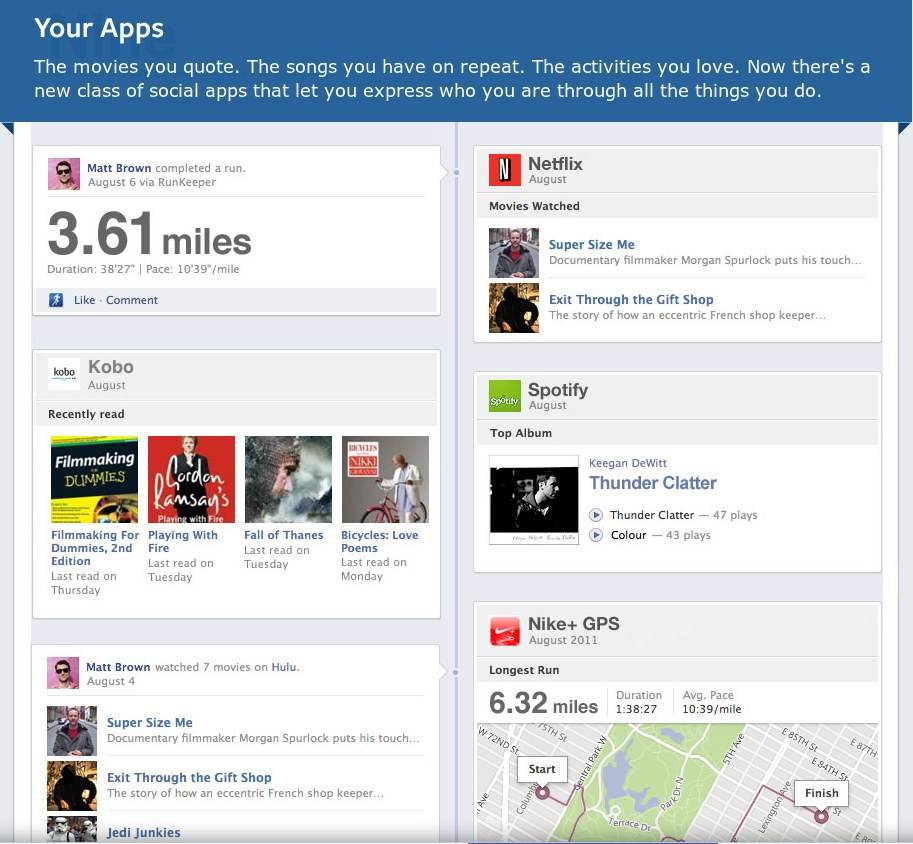 This new addition comes just few months after Facebook added around 60 social apps for its timeline, on cooking, eating, travel and movies. Now with an inventory of over 80 social apps, Facebook is slowly trying to transform itself into a platform for lifestreaming it seems, rather than just restricting itself to the job of connecting people. But ask Facebook what it must be used for, and the answer is never definitive. Although Facebook is providing users with various features, it gives them full freedom to use them or completely opt out. Facebook is to be used by anyone for whatever purpose they want.

Among the social apps available on Facebook, the popular ones include Buzzfeed, The Daily Show and MTV News, Buzzfeed gives viral content, which moves around Facebook even faster, being a perfect app for the sharing. Similarly, The Daily Show and MTV News, both have videos which can be shared on the website. Besides these, even regular media sites like CBS Local, MSNBC.com and the TODAY show are available.

AOL's SportingNews, the sports news app will also be joining Facebook in March this year, while photo sharing sites like Pixable and CMT are also hoping to launch themselves as Facebook apps in the hope to generate more buzz and traffic.