Yesterday, Google Chrome introduced a new compact interface which does away with the URL bar in its Canary build. not, to be left behind Mozilla Firefox, too, has come out with its version of compact interface.

To get Firefox's version of the compact navigation, you have to install an extension called LessChrome HD (click on this link and install the Firefox extension). Installing the extension automatically activated the new interface. Here is a screenshot of the new interface. Notice that the URL bar is gone. 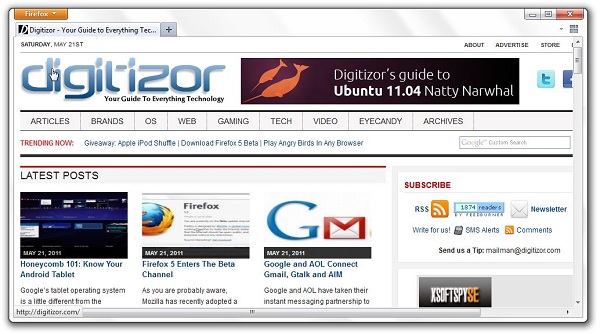 Unlike, Google Chrome in which you need to click on an active tab to show the URL bar, Firefox shows is when you move the mouse cursor near it. This seems like a better idea than clicking on the tab. 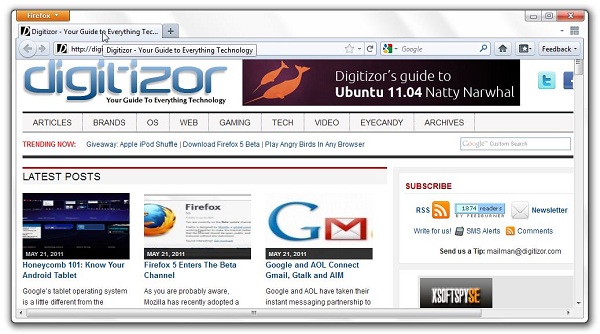 The extension is compatible with Firefox 4, 5 and 6.

Firefox Gets Its Own A Compact Navigation Interface Like That In Chrome was originally published on Digitizor.com on May 21, 2011 - 11:45 pm (Indian Standard Time)