World's largest domain name registration service and shared web hosting provider - Go Daddy, has been reportedly sold off to a group of private equity firms at a valuation of US$ 2.25 Billion. The buyers include KKR & Co., Silver Lake Partners and Technology Crossover Ventures.

The Go Daddy group was founded by Bob Parsons, a Vietnam War veteran, in the year 1997. Go Daddy is not the first commercial success of Bob Parsons. He has already sold one of his companies Parsons Technologies to Intuit way back in 1994. 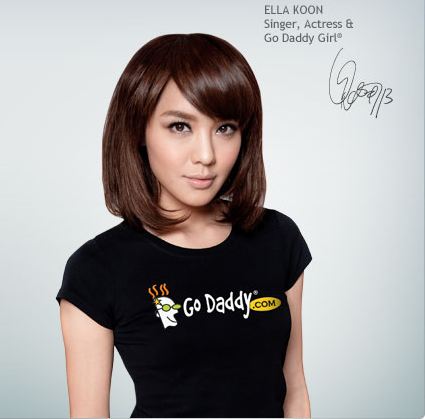 Go Daddy is known for featuring bikini-clad models in their commercials.

According to Bob, this acquisition is aimed at further growth of Go Daddy:

We have been hearing that this acquisition of Go Daddy is majorly aimed at growing the company's other services such as Web Hosting and Online marketing in addition to their already super hit Domain name registration services. The company has seen a massive 25% increase in sales from the year 2009 to 2010. The sales figures at the end of 2010 financial year stood at $947 million and the projected sales for the financial year 2011 is aimed at $1.1 billion.

Go Daddy is known for featuring sexy models in it's commercials and in videos on the website.It went on to become the world's largest domain registrar after it started airing it's new super bowl commercials which had bikini-clad Go Daddy girls, which of-course added to it's increasing sales.

My personal experience with Go Daddy has been decent, but nothing to boast about. One thing which Go Daddy definitely needs to improve is their support turn-around time. Whenever I have faced some problem with GoDaddy's services, the tickets I submit take more than 3 hours to be reviewed and replied by their customer service guys.

We wish all the luck to Go Daddy's future endeavors and to Bob Parson!