Google Drive Screenshot and Logo emerge on the Internet

Google says it will be coming out with its Google Drive soon, although the exact date of launch has not been revealed yet, meaning it could be months before we actually get to see Google Drive in action. But for now, two screenshots have emerged online which give us insights into the possible logo and interface on Google Drive. 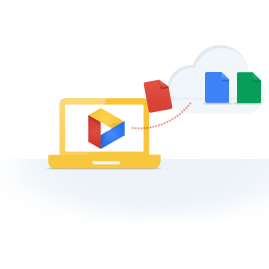 Is This the Google Drive Logo?

It has already been established around tech circles that Google Drive is more or less an upgrade of Google Docs, only with some new features to it. Google Drive will work to be an improved version of Google Docs that functions not just as a document creator and manager but a file depository and sync software like Dropbox.

The screenshot which has been released by Geekwire is allegedly from a user who has Google Drive activated on his account. The image simply shows how Google Docs has been changed to Google Drive, with a new name, and My Collection being renamed as My Drive. Only this time around, there is also an Install Google Drive button. Which means Google Drive will also be available as a software which can be downloaded and installed to the computing device, and which will sync local files to the cloud exactly like Dropbox does.

While Dropbox is a hugely popular service with more than 50 million active users, the market for such software is immense, allowing Google to come out with its own Drive to compete with Dropbox and others. But the fact remains that to drive consumers towards its own software, Google will have to come up with something better.

Another screenshot has also emerged, will is allegedly the logo of Google Drive, which looks more like a favicon. Despite speculations on the exact nature of Google Drive, it is certain that either Google Drive will be an upgrade to Google Docs or will be integrated into it. Even more likely is the fact that there will be mobile apps for Drive, with a Google Docs app and Chrome OS integration.

But the biggest question is when Google Drive is going to be released, since by the looks of it, it could be a few months, to the next summer. More importantly, the amount of free space which would be offered, and the pricing of the paid versions is also unknown. It could be possible that Google is looking to go beyond standard file sync and include Android integration coming in as well.

Google Drive Screenshot and Logo emerge on the Internet was originally published on Digitizor.com on February 18, 2012 - 10:08 pm (Indian Standard Time)