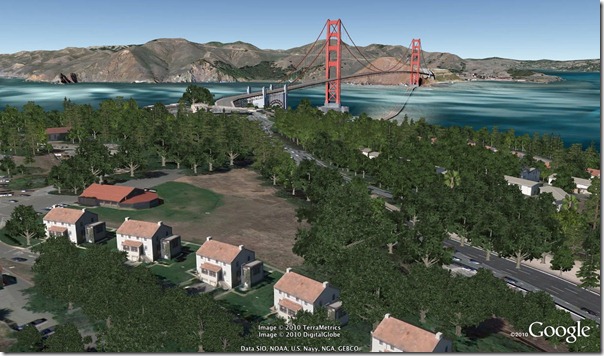 Here are the improvements in a bit more details:

Google Street View has been fully integrated into Google Earth. Pegman is now docked at the right along with the navigation controls and all you have to do is drop him on a street to get to street view. The Street View here works the same way it does on Google Maps.

Google Earth has had 3D buildings for quite sometime – users can create the 3D buildings. With this version they have added 3D trees to it. Google Earth 6 has 80 million trees in places such as Athens, Berlin, Chicago, New York City, San Francisco and Tokyo.

Historical Imagery was introduced in Google Earth 5. It allowed people to go back in time and see what it looked like at certain point in history. In Google Earth 5, however, this feature was hard to use as it was not always obvious where it is available. In this release though, they have fixed that and if historical imagery is available, it is indicated in the status bar.

Google Earth 6 is available for Linux, Windows and Mac. You can download it from here.

[via: The Google Blog]