You Are Here: Home » General » Google 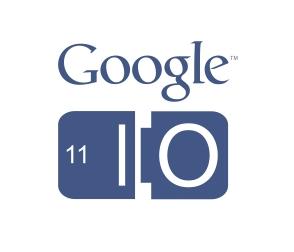 Google I/O Conference this year, scheduled on 10-11th May in San Francisco, is expected to attract about 5,000 attendees. Google I/O started in 2008, brings together thousands of developers annually for two days of deep technical content, focused on building the next generation of web, mobile, and enterprise applications with Google and open web technologies such as Android, Google Chrome, Google APIs, Google Web Toolkit, App Engine, and more.

The conference is an opportunity for Google to highlight new developments and upcoming products. This year I/O will feature over 80 sessions. In this article we are going to provide an overview of the topics that will be covered in different sessions at the I/O.

With Android being one of Google’s biggest initiative, it’s quite expected that it will get most of the focus. Sessions will be aimed to provide an in-depth look at the Android development tools, tips & tricks for getting the most out of them and also focus on where developers can take action to improve their apps' Market performance.

Google has shown a lot of interest in Cloud Computing. Cloud based android apps, cloud-connected Google Plugin for Eclipse, How to store application’s data in the cloud are some of the topics that will be talked about.

Chrome OS will reportedly get its time in the spotlight, with presumptions that Google will share more details on the types of Chrome OS notebooks will launch, and their prices. Integration of Google Chrome Frame with one’s site and advantages of HTML5, experience and lessons learned from Chrome Web will be some of the other Chrome dedicated sessions.

YouTube, Google Earth and Map, Google TV will be getting their shares of sessions. There will be many sessions on Google APIs, how they have developed over recent years, and introduction of some new APIs. Google Apps’ development, marketing and other related topics will be covered. Google App Engine, Apps Marketplace, Web Tool Kit, Google Checkout will be among other topics.