You Are Here: Home » Articles » Lists

Google Is iPad Ready: 5 Google Offerings For The iPad

Although the Apple iPad has received more bad reviews than the good ones from many critics, Google feels that the iPad will still be a big hit. With the launch of this glorious device - the iPad - from Apple, many Google web services and offerings have been customized to meet the special needs of iPad display. In this article we will tell you about these web-services that have been customized and how.

As with all other Mac computers and the iPhone, you’ll find the Google Search in the top right corner of Safari. Apple surely loves Google by using their search bar or you never know they might some day come out with their own search engine too, just like Microsoft did.

Taking advantage of the iPad's large display, Google has introduced an experimental GMail interface for the iPad. The new interface sports a two-pane view with the list of your conversations on the left and e-mail messages on the right. You can see this screenshot below. 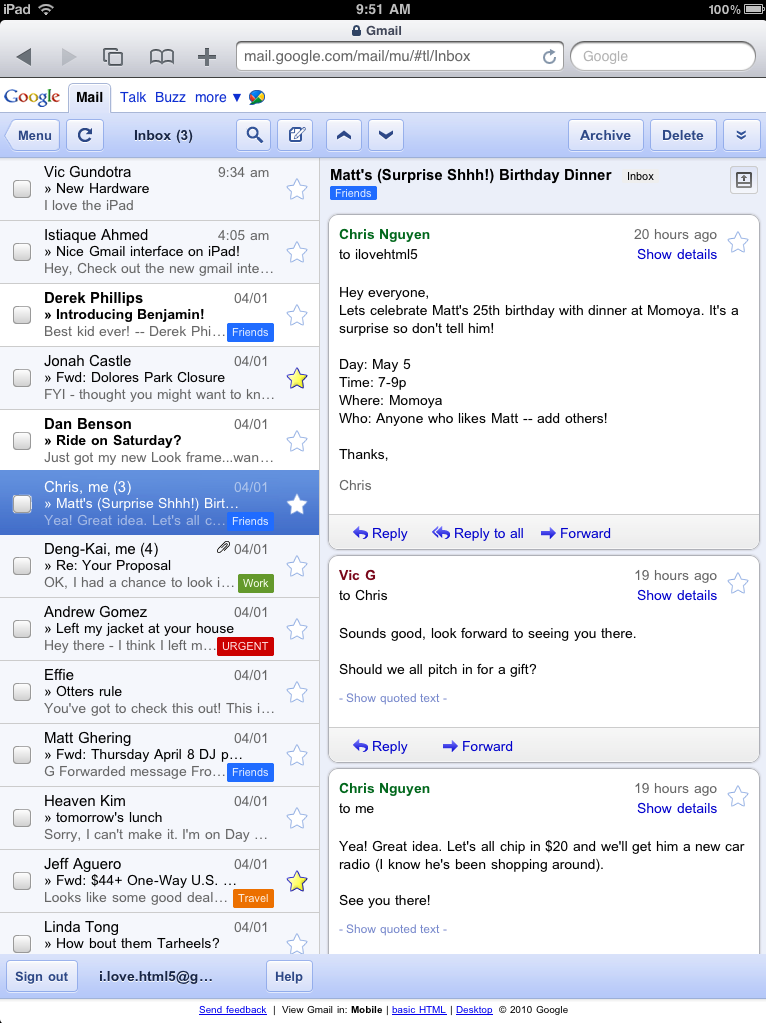 The new user interface of GMail for the iPad is built on the Gmail for mobile HTML5 web app launched for the iPhone and Android devices.

The iPad has an in-built YouTube app using which you can watch HD videos, read and write comments. Watching videos while on the move is a great way to kill time as well as learn new things. But remember, you may have expensive data rates while you are moving out of your country. So be judicious in your use of this app! 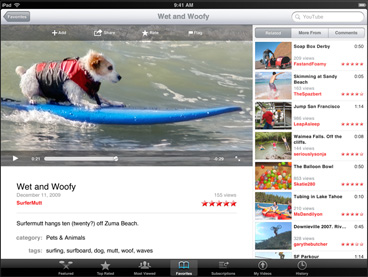 The Maps app on iPad helps you search for local businesses, places and establishments and shows you directions to the place. The Maps application for the iPad takes advantage of high-resolution satellite and Street View imagery just like the Google Maps app for Android.  The app also includes a new terrain view. 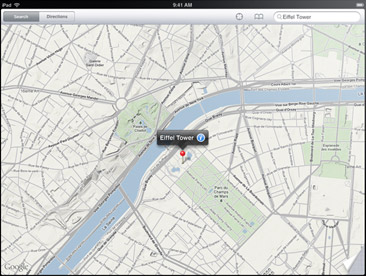 Google has also made available the Google Mobile App with Voice Search  on the Applie iPad just like on the iPhone. This app is not built-in. In order to be able to use it you can go to the App Store to download Google Mobile App with search by voice. Although this app was originally built for the Apple iPhone but it has been adapted to make it work on the iPad too!

Search Engine Journal reports that Google Adwords now supports ad campaigns for / on the iPad device too. For your ad campaigns to appear on the iPad and other tablets all you need to do is just select “all mobile devices” in your campaign settings as shown in this screenshot.

Google Is iPad Ready: 5 Google Offerings For The iPad was originally published on Digitizor.com on April 4, 2010 - 12:10 pm (Indian Standard Time)