You Are Here: Home » Google

Google To Launch A Cloud Based Music Player – Music Beta 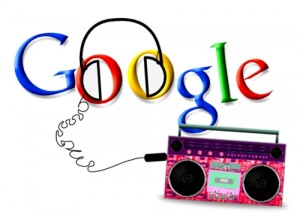 Google plans to unveil its long-awaited cloud music player on the first day at Google I/O. The service called Music Beta by Google, will let people upload their music collections to the Internet and listen to the songs on latest Android phones or tablets and on computers. Reports say that Apple was on the verge of launching its own cloud-based music service ahead of Google. But, Google took a shot.

Google, like Amazon, has yet to seek licenses from the major record labels. Zahavah Levine, one of several Google executives overseeing the launch of the music service said that although her company has spent the last year negotiating licenses with the big record companies, the initial launch will be without licensing from those companies. So this will not allow users to do things as downloading, sharing songs with friends and buying songs from Google.

During the test phase of the new service, users will get to try it out by invitation only. There are decent chances for the attendees of Google I/O 2011 along with Motorola Xoom Tablet’s owners. The beta version will not yet be available on phones running some versions of Android and also not on iPhones.

Amazon's service, launched on March 28, allows users to store their music library into an Amazon Cloud Drive. Apple, very soon will be in the scene as it is already negotiating with top record labels to acquire licenses to beef up its own online music service. So, we as users are going to have many options in near future. Let's see who's gonna be the one !!

Google To Launch A Cloud Based Music Player – Music Beta was originally published on Digitizor.com on May 10, 2011 - 5:48 pm (Indian Standard Time)