KStars is a Desktop Planetarium for KDE. It is included with the KDE Education package. It provides an accurate graphical representation of the sun, planets, moon, stars etc. from any desired location on earth. If you were using KStars in Kubuntu (or Ubuntu) 9.04 (KDE 4.2) and upgraded to KDE 4.3, you will find that the KStars package is broken and your KStars upgrade will get stuck. 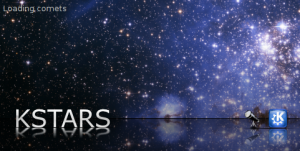 This is due to a conflict between two packages, indi and libindi. Moreover Synaptic is unable to fix this broken package problem. Here we give a work around to fix this problem.

This problem problem arises because both indi and libindi tries to install the same file /usr/bin/indiserver. libindi has all the functionalities of indi (but not the other way round). So, to fix this problem, we can simply remove indi and let libindi takes over completely. 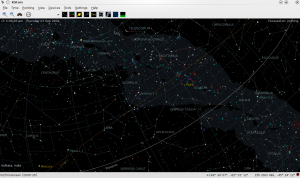 To do this open the terminal/konsole and enter the following commands:

Now, your KStars should be running just fine. You can see some amazing KStars screenshots here.