iTablet is coming soon; but not from Apple 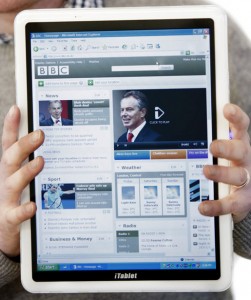 Going back a few days, iTablet was one of the most widely believed name for Apple's tablet which was finally released released as iPad. Given the background over the name it is a really bold move by X2 Computing to go ahead and name their device iTablet.

Of course Apple does not own the trademark to the name ITablet. In the US, it is owned by a Tiwanese firm AMteK. However, it will be interesting to see if Apple do anything about it because of its "i" branding which is very strongly associated with Apple.

Unlike Apple's iPad, the iTablet supports Flash and is miles ahead of the iPad feature-wise. You can get the detailed specs of the iTablet at Gadgetizor.

iTablet is coming soon; but not from Apple was originally published on Digitizor.com on February 6, 2010 - 3:17 am (Indian Standard Time)