Khan Academy was started way back in 2007 as a means of providing educational tutoring videos to users for free and now has grown into a big venture (non for profit) in terms of the number of users who benefit from the videos and the number of views its educational videos receive daily. Founded by a smart banker Salman Khan, the Khan Academy team now has some really good people including John Resig - the founder of jQuery Project.

Khan Academy rose to fame after Google announced they would be providing the Khan Academy with $2 million to support the creation of more video courses and to enable the Khan Academy to translate their core library into the world’s most widely spoken languages.

The team at Khan Academy has been working on an application for the iPad for sometime and John Resig revealed a few details and screenshots of the Khan Academy iPad app earlier today. The app is NOT native but is web-based and built using the jQuery Mobile project. 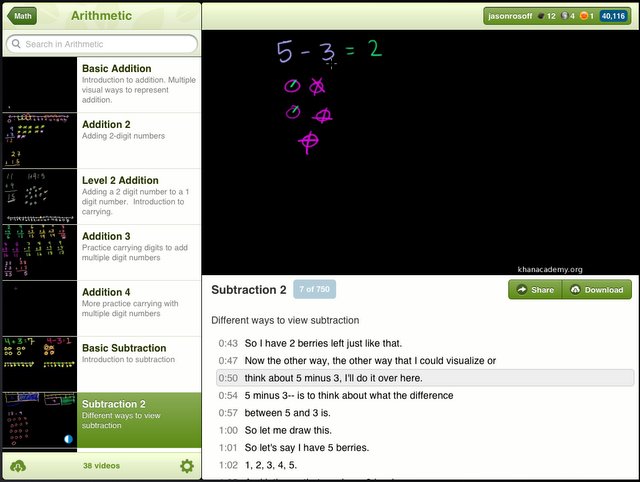 The version 1.0 of the Khan Academy iPad app will have video navigation and viewing as well as an interactive transcripts and offline support. The next release will have the ability for users to solve exercises right inside the app.

Now here is the good part about this app for developers. Khan Academy has gone one step ahead and made the entire Khan Academy iPad app opensource and the code is hosted with GitHub at github.com/Khan/khan-mobile. We have setup the app code at digitizor.com/khan_ipad so that you can try it in the Safari browser of your iPad, if you have one. Else you can view it on the web as well. 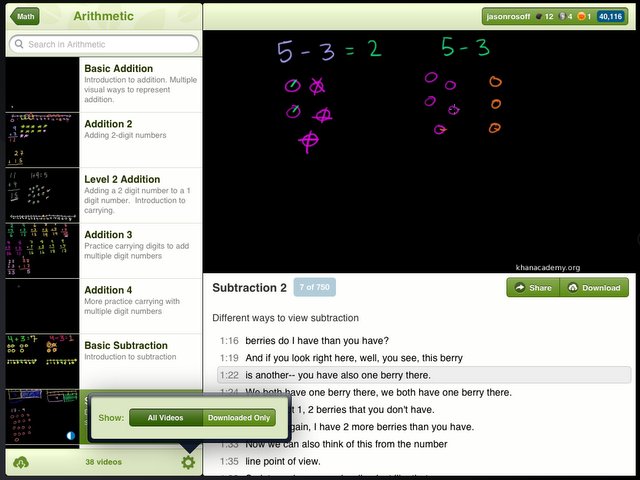