LibreOffice And OpenOffice Will Not Merge 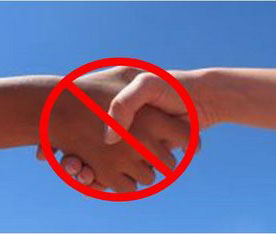 By now you must be familiar with the circumstances leading to the formation of The Document Foundation and LibreOffice. If you are not familiar read our earlier coverages here and here. After most of the former OpenOffice developers went away to LibreOffice, LibreOffice has been going from strength to strength. Major Linux distributions like Ubuntu, Fedora and Mandriva have already decided to replaced OpenOffice with LibreOffice in their upcoming releases.

Last week, Oracle did a u-turn and announced that they are now changing OpenOffice.org to a purely community-based project. This was what Edward Screven, Oracle's Chief Corporate Architect, said announcing the decision:

Given the breadth of interest in free personal productivity applications and the rapid evolution of personal computing technologies, we believe the OpenOffice.org project would be best managed by an organization focused on serving that broad constituency on a non-commercial basis. We intend to begin working immediately with community members to further the continued success of Open Office. Oracle will continue to strongly support the adoption of open standards-based document formats, such as the Open Document Format (ODF).

Are you in favor of merging OpenOffice and LibreOffice or do you support LibreOffice being a separate project?

LibreOffice And OpenOffice Will Not Merge was originally published on Digitizor.com on April 20, 2011 - 8:01 pm (Indian Standard Time)