Microsoft is gradually jumping on the Social bandwagon by leveraging the power of Facebook. After launching Docs.com, Microsoft has launched a new social crossword game called - Team Crossword. Although this application is not as big as Docs.com - the Facebook-powered Microsoft Office service, but  it is just a simple but fun social game. We have already told you about Google's plans To Launch Social Games in association with Zynga (of Farmville fame). 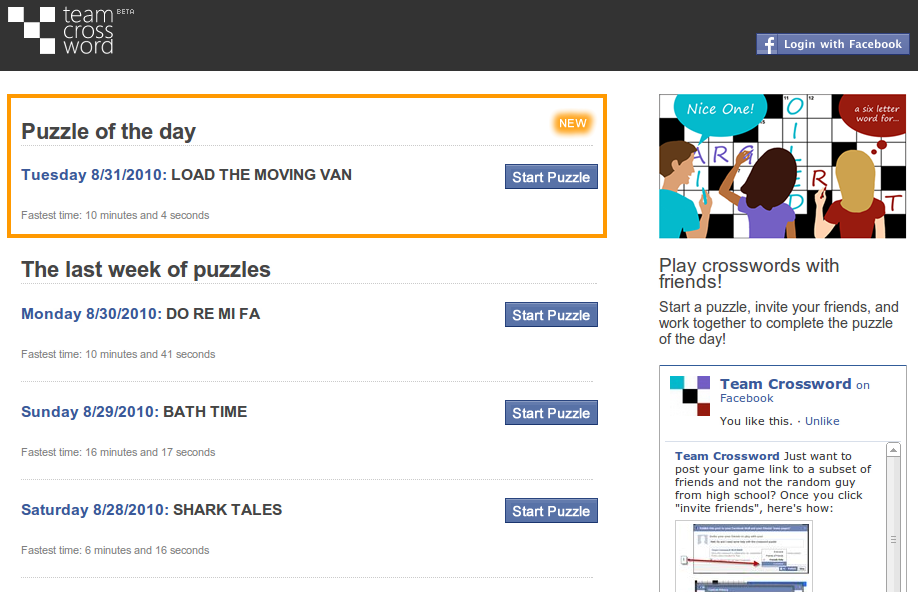