A patent infringement case involving Apple's iCloud and MobileMe push mail services in Germany against a European patent owned by Motorola, as gone in the favor of the latter. A court in Germany had ruled that Apple infringed on Motorola's patent and that the services in question must be halted in Germany immediately. 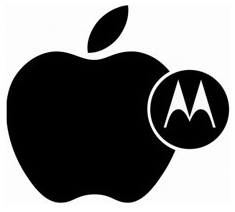 Apple has released a new support document on its German website, confirming that the company is for now halting iCloud and push mail services for people within the German territory. The support document also gives users instructions on setting up email which will be delivered at regular intervals. While iCloud services are said to have been discontinued only within Germany, MobileMe will be disabled till any further notice from Apple.

The lawsuit against Apple was filed by Motorola in April 2011, resulting in the above changes in the German operations of iCloud and MobileMe. The ruling given by Judge Andreas Voss of the Mannheim Regional Court stated that Apple had infringed on Motorola's EP 0847654 (B1).

The patent was regarding a "multiple pager status synchronization system and method," and Motorola was thus given a preliminary injunction and exercised its right to enforce the patent with a 100 million euro bond. Although Apple will most probably be appealing against the ruling, for now iCloud and MobileMe will not be available for those in or traveling to Germany.