A new study by Pew has revealed that people on social networks are now beginning to recognize and use the privacy settings provided, especially on Facebook to avoid unwanted friend requests and people on their friend lists. In other words, users are now becoming more selective and unfriending on Facebook to try and “clean” their profiles. More and more users are deleting comments, photo tags or even posts. And this behaviour has been observed more among women and young users, since almost 67% women are using “pruning” tactics compared to 58% men. 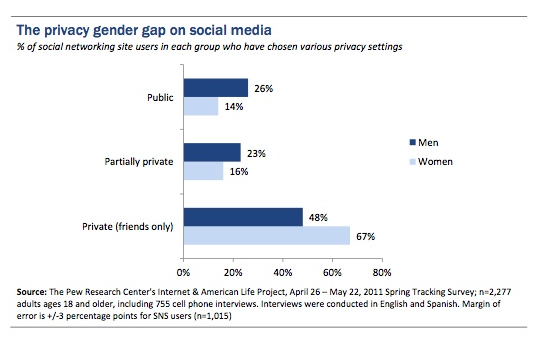 The Facebook Timeline has made access to past user information much easier, and with this users are finally learning to manage their accounts better, allowing access to only that which they want others to see. The fact that social networks particularly Facebook have taken over people's lives proves that better privacy management needs to be in place, so the world sees the personality a user wishes to show.

In terms of profile visibility stats, almost 58% social network users have set their profiles to “Friends only”, while 19% have set it as visible to friends of friends, and only 20% have made their profiles entirely public. The study by Pew suggests that the latter 20% are power users whose profiles are used for more conversation, or they're users unaware of the privacy options. And for 48% users, managing these options is difficult, and for 49% it is easy. The remaining 2% find managing Facebook privacy “very difficult”. 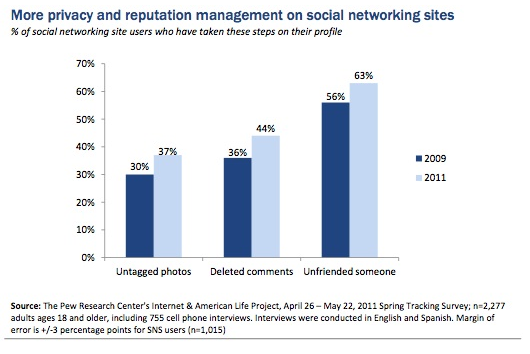 When it comes to the kind of content that is posted, 11% users have said that they regret posting certain content. And men are more in number, about 15% as compared to 8% women who said they regretted posting something. Similarly, even young users, aged 18-29 have shared content which they think they shouldn't have. By the looks of these figures, it seems that Facebook of all social networks has made us the most vulnerable.

And that's not a surprising fact altogether, since according to the study by Pew, 93% profile owners have a Facebook account, a 20% increase since 2009. Similarly, even Twitter has seen a 10% growth since 2009.

More People Are Unfriending On Facebook – Bored Of Facebook? was originally published on Digitizor.com on March 3, 2012 - 12:32 pm (Indian Standard Time)