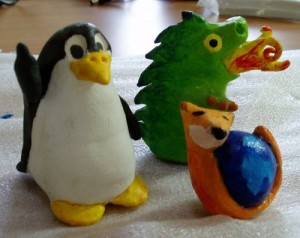 Yesterday, Mozilla released the ninth beta of Firefox 4. It has a lot of improvements both in the UI and performance.

One major new features added in this release is hardware acceleration. Hardware acceleration uses the GPU whenever it is possible instead of relying solely on the CPU. This can give a performance boost for a lot of applications from canvas drawings to rendering videos.

This is what the release note says about hardware acceleration:

Firefox 4 supports full hardware acceleration on Windows 7 and Windows Vista via a combination of D2D, DX9 and DX10. This allows us to accelerate everything from Canvas drawing to video rendering. Windows XP users will also enjoy hardware acceleration for many operations because we’re using our new Layers infrastructure along with DX9. And, of course, OSX users have excellent OpenGL support, so we’ve got that covered as well.

Notice that it does not mention anything about Linux. This was raised in the comments and Boris Zbarsky, a Mozilla developer, replied that they have left out Linux because of the "disastrously buggy" X drivers.

This is what he wrote:

We tried enabling OpenGL on Linux, and discovered that most Linux drivers are so disastrously buggy (think “crash the X server at the drop of a hat, and paint incorrectly the rest of the time” buggy) that we had to disable it for now. Heck, we’re even disabling WebGL for most Linux drivers, last I checked…

However, Zbarsky also mentioned that they are not simply giving up. They are looking at ways to work around the bugs and asked for helps from Xorg and distros to fix this issue with the Linux version of Firefox.

We do plan to put more work into the Linux end of this, look for workarounds for the various bugs, etc. But we could really use some help from Xorg and distros and the like here…

Maybe Wayland could be the answer?