If you are one of those heavy users of the Google Tasks (that appears inside GMail), then there is some good news for you. The GMail team is soon going to incorporate 5 new useful features into the Google Tasks service. We feel that the features will be actually good as these are among the ones suggested by users themselves to Google!

Although we have not written much about the Google Tasks service in some time but here is post which we wrote long time back  that shows how you could use Google Tasks as a standalone app without logging into Gmail. Here are the 5 new features which you are going to see any time soon on GMail Tasks: 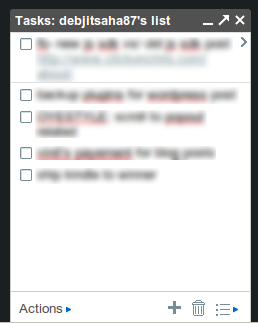 One feature that we would like to see is the ability of users for setting a priority level for their Tasks. Hope the GMail Team is listening 🙂