Taking cues from two of the leading laptop makers, Dell and Acer's move of venturing into smart-phone market, Finnish giant Nokia officially revealed that it might take the opposite route and make an entry into the laptop market. Nokia's top-boss Olli-Pekka Kallasvuo said, " We are looking very actively also at this opportunity".

Acer had already launched their latest range of smart-phones named 'Tempo' running MS Windows Mobile 6.5 at this year's MWC and Dell is expected to follow soon. 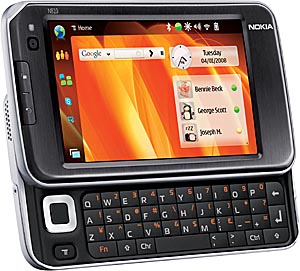 Recognizing the alarming rate with which the modern day smart-phones are getting closer and closer to laptops in terms of functionality, performance and features, Kallasvuo added, " We don't have to look even for five years from now to see that what we know as a cellphone and what we know as a PC are in many ways converging".

The N97, another latest Nokia beauty, was launched few days back, at this year's MWC which was held at Barcelona.

The  battle for the ultimate convergence device has just begun.