Modern smartphones are no less than computers. They have powerful processors to the tune of 1GHz and are memory hungry. For instance, an Android smartphone would by require atleast 512MB of RAM for smooth functioning. So, with all this huge computing power and capabilities right in side your smart phone, the naturally become prone to viruses and malware

We have already told you about various instances when malware prone apps were found live on the Android Market. Although Google has acted promptly on many occasions by deleting these apps but we cannot be always sure.Apart from this, a recent study has brought out some shocking facts like 8% android apps leak sensitive private information. With all these security threats, we decided to give Norton Mobile Security a try. So, here is a list of its features and our take on each of these features. 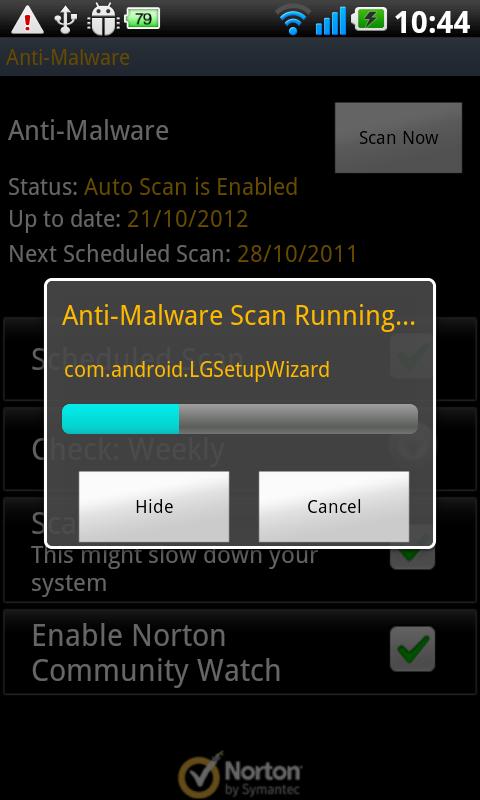 The next feature which we really like here at Digitizor is the call blocking and text blocking facility provided by the app which allows you block calls, numbers and block text messages selectively. I found this feature pretty useful in shooing away voice-spammy tele callers. (Well, no offence against these guys).

Another feature of this app which you guys are definitely going to like is the remote lock features that allows you  to remotely lock your phone if it is lost or stolen by simply sending a text message to the phone. Wondering, how would this work if the thief removes the SIM Card? Well, there is a fallback in the form of Instant Sim Lock.

In order to block your sim car and the phone remotely, you just have to enable an instant SIM lock on your phone. Android phones are virtually useless without an internet connection. So, the next time a thief comes online with your stolen phone, it will be locked instantly. Not only this, the phone locator feature of the app can help you locate your missing or lost phone using GPS tracking and return a location using Google Maps.

Norton claims that the app is Fast and won’t slow you down. Well, I would not toally disagree but users with low end android phones (such as myself who owns a HTC Wildfire with 384MB RAM) might face problems using this app. With such low RAM, the Norton Mobile Security app appears to hang often and has a certain time lag between the finger tap and the actual action.

Norton Mobile Security: Ultimate Protection For Your Smartphone was originally published on Digitizor.com on November 28, 2011 - 11:54 am (Indian Standard Time)