Open Office is back in Ubuntu Netbook Edition 10.04 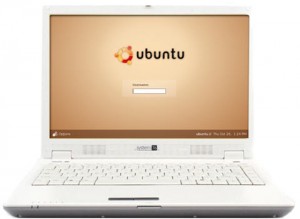 Yes, Open Office is back in UNE 10.04 (Ubuntu Netbook Edition). A lot of drama has been happening around surrounding the exclusion of Open Office in UNE 10.04 . Rick Spencer, the guy behind UNE had initially decided to exclude Open Office from UNE 10.04. And surprisingly enough there was virtually no discussion about the features before. But after we reported what has been happening around, everyone started asking question to Rick Spencer about his decision. And all these seemed to have changed Mr. Spencer's mind and he has now confirmed that OOo will be a part of UNE 10.04.

Rick Spencer said, 'All in all it seems that users and community members would really prefer that we ship OOo for the editing suite. We discussed a bit in #ubuntu-desktop this morning and decided that we should probably switch back to OOo, which we will do on Monday if we don't hear anything that makes us change our minds again. We'll do a proper app selection session at next UDS.'

Another factor which we feel that might have influenced this decision is the fact that the new Open Office release 3.2 now has faster start-up time. Anyways, just like most of you, we also feel that its a really good decision to have OOo back in UNE 10.04. Thank you Rick.

Open Office is back in Ubuntu Netbook Edition 10.04 was originally published on Digitizor.com on February 12, 2010 - 3:21 pm (Indian Standard Time)