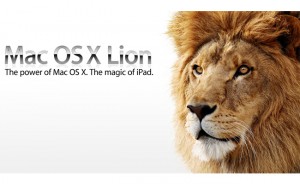 The first news about Mac OS X 10.7 Lion was publicly unveiled at Apple's "Back to the Mac" event on October 20, 2010. Mac OS X Lion (version 10.7) will be the eighth major release of Mac OS X family. On February 24, 2011, the first developer's preview of Lion was released to subscribers of Apple's developers program. From the developer's preview, it seems like Lion will be released through the Mac App Store. It looks like the Lion - the successor of Leopard,  is finally all set to roar.

Recently a lot of rumors had been building up about the release of the new OS. Settling all rumors and talks about the new OS to rest, Apple has today said in a press release that Lion will be available during Apple's Worldwide Developers Conference (WWDC) taking place between 6-10th June in San Francisco, along with many new software platforms that Apple will be showcasing there. They will be unveiling these software platforms at the keynote address on 6th June. The other software being unveiled along with OS X Lion include iOS 5, iCloud etc.

An integration of iOS and OS X:

Earlier this month Apple had released the third Developer Preview of Lion. In this preview Apple suggested that it would be  remaining true to its promise that Lion would be a marriage of OS X and iOS.

People are really excited to see how Apple manages to deliver an iPad experience clubbed with an OS X. This is going to be "magical". Will the future MacBooks be equipped with full multi-touch screen along with the traditional keyboard and touch pad? Which kind of funcationalities of iPad (iOS) will be borrowed in OS X? How deep is the integration going to be? These are just a few questions that would be surely be in the mind of every Mac user. Even if these features make it to Lion, it will be interesting to see how well they are integrated.

There can be no deny to the fact that Apple always provides a great user experience. So, can we expect Apple to release a revolutionary mixture of Mac OS X and iOS with Lion? The whole tech world and Apple fans are waiting for OS X 10.7 Lion to be unleashed. Let's see what WWDC brings for Apple fans.

Apples are going to get sweeter!!