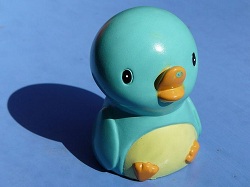 Looks like there has been a lot of activities in the Twitter HQ lately. Last week, they acquired TweetDeck and today they acquired AdGrok. There are also rumors floating around about Twitter launching their own photo sharing service. And just a few hours ago, Twitter has announced that they are launching a Follow button for websites.

With the launch of the Follow button, Twitter now has two types of buttons for websites to use:

Setting up a Twitter Follow button and putting it in a website takes minimal technical know-how. To make a Twitter Follow button, go Twitter's Follow button creator and simply enter your Twitter username, take your pick between a dark background and a light one and, finally decide if you want your follower count to be shown or hidden. Once all that is done, copy the code generated and paste it in your website. 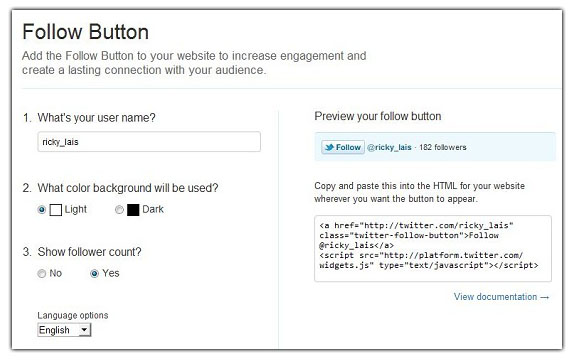 Another good thing about the Follow button is that these buttons have a JavaScript layer. What this means is that Twitter's web intents JavaScript events can be used with the buttons by webmasters to learn how the visitors interact with the button and to integrate it with web analytics. You can get more details of this web intent events from here.

What more could have been done?

With the Facebook Like button, websites can choose to display the pictures of the other people who have Liked the page. If any friends of the user have Liked that page, their profile pictures are displayed; if no friends have Liked it, people close to the user's social circle are shown. This has a very strong effect - after all we are talking about social network here. It pays to let the user know that one of his/her friends have also liked that page.

With Twitter, however, that is not the case. The most webmasters can display is the number of followers. Users are just looking at numbers in the Twitter Follow button - not faces. Compared to Facebook's approach, the bare looking Twitter's Follow button looks an uninviting and that is a big deal in social networking. The lack of this feature is not the end of the world for the Twitter Follow button but it would have been a nice feature to have. Let us hope that Twitter adds this feature soon.

Twitter Launches The Follow Button For Websites was originally published on Digitizor.com on June 1, 2011 - 4:24 am (Indian Standard Time)