Apple announced the next version of OS X – Lion – at WWDC last week. Even before the announcement, many of the features of Lion were known or expected. With the final version all set to be available to customers in July, Apple has given developers access to OS X Lion.

It turns out that there is a feature in OS X Lion which no one expected and was never announced at WWDC. The feature we are talking about is “Restart to Safari”. As you might have guessed from the name, this feature makes it possible to restart the Mac into just the Safari browser and nothing else. The “Restart to Safari” mode does not require any sort of authentication to use and users cannot get access to the filesystem. 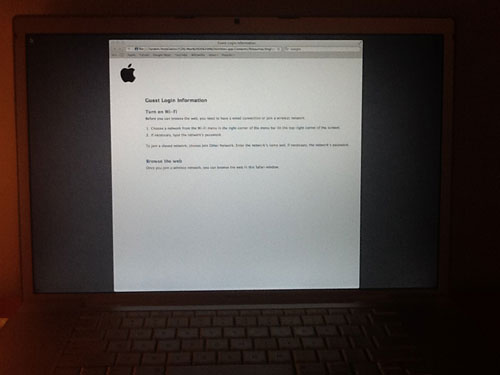 Not a competitor to Chrome OS

The “Restart to Safari” of OS X Lion will draw comparisons with Google’s Chrome OS. However, the two are worlds apart. True – both offers only the browser with nothing else. However, with “Restart to Mac”, Safari’s password manager is deactivated and users of that mode cannot download any file as the filesystem is completely off limit. Restart to Safari does not remember anything that the user might have done after a reboot.

Chrome OS on the other had has password manager and has access to the filesystem. In short, Chrome OS has been designed with the browser as the main destination and OS X’s “Restart to Safari” feature is aimed for those time when someone asks for your computer to check something on the web and you do not want them to see your files or mess them up.

A way to look at OS X Lion’s “Restart to Safari” feature is that it might actually be a built in security method. This feature will only be available when the user have installed iCloud and have activated “Find My Mac”.

“Find My Mac” can locate stolen Macs and wipe them. It will only work if the thief uses the Mac to access the internet. So, the goal, here, is to try to make the thief get online. By readily making internet access possible without any authentication, the likely hood that the user will use the “Restart to Safari” mode to check out something on the internet increases.