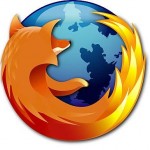 Panorama, which was earlier known as Tab Candy, has been available in the Ubuntu PPA for sometime now. It allows users to get an overview of the open tabs and to quickly organize the open tabs. This a a killer-feature for those who invariably have a lot of open tabs. It not only looks cleaner than having all tabs open, it will also make users much more efficient in what they are doing. You can read more about Panorama (or Tab Candy) here.

Sync, as the name says, syncs your bookmarks, history, passwords, form data etc. over multiple computers and with mobile devices. This means that you can take your browsing experience pretty much everywhere. To use Sync, users have to first create a Sync Account. And the data will be encrypted before transfering.

If you want to try it out, the download link is given below (Linux, Windows & Mac):