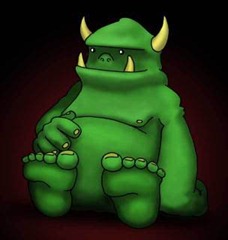 An Indian company that goes by the name of Kootol Software Limited has announced that they have sent “informative notice” to almost all of the major IT companies who, they claim, are using technologies for which Kootol has “exclusive patent license rights”.

The companies that Kootol Software Limited has sent the notice to includes most of the big names – Google, Apple, Microsoft, Facebook, Twitter, Yahoo!, Nokia, AOL, RIM, Amazon, IBM, Linkedin, MySpace, Bharti Airtel to name a few. Kootol has also mentioned that they are in the process of sending the notice to many application developers and other companies as well.

Well what is this amazing patent that this never-before-heard-of Indian company has, that everyone seem to be infringing on? Well, there is none. Yes really Kootol does not even have the patent for which they are claiming that everyone has infringes on.

What they have is a just a patent application. This what Kootol claims to have patented:

The invention allows the user to publish and send messages using one way or two way messaging and by subscribing to posts of other users of a network. By indexing each message of each user the system provides real time search capabilities to users of the network in turn creating a unique form of communication.

So basically, Kootol is trying to patent what many social networking websites has been doing for years.

Kootol has said that they have applied for patents in the US, India, Canada and Europe. They have not been granted the patent anywhere, so they cannot sue anyone for patent infringement. However, they mention in their website that the US Patent and Trademark Office has given them a “Notice of Allowance”. This means that they are on the way to getting the patent atleast in the USA. Kootol now wants everyone to pay them licensing fee to use their “invention”.

Sending the notice before being granted the patent could become a big blunder for Kootol. Their application in India, Canada and Europe have not yet been approved. No doubt, they will face strong opposition to getting the patent there. There is enough big names on the other side that they might not even get the US patent.

Kootol - A licensing front or a real company?

On their website, Kootol says that they will provide Dynamic Communication & Real Time Search Engine. The company has been founded by Yogesh Rathod and Vijay Rathod.

Yogesh Rathod is the person who has filed the patent application under question and owns the domain kootol.com. The website domain itself was created in December 2009.

Funnily enough, on the Kootol website, it is written under News that Kootol has entered into an exclusive license with Yogesh Rathod. Whoever licenses a patent that has not been granted yet?

All these points to Kootol Software Limited being nothing more than just a patent licensing front that Yogesh Rathod has set up.

Patent Troll From India Sends Notice To All Major Companies For “Patent Infringement” was originally published on Digitizor.com on July 16, 2011 - 1:41 am (Indian Standard Time)