Ban Of The Samsung Galaxy Tab 10.1 In EU Lifted

Well, as expected, Apple has suffered a setback today when the EU ban of the Samsung Galaxy Tab 10.1 was lifted. I expected the ban to be lifted anyway after Apple was caught photoshopping the photo of the Galaxy Tab that it submitted. However, as it turned out, the lifting of the ban is not related to that. 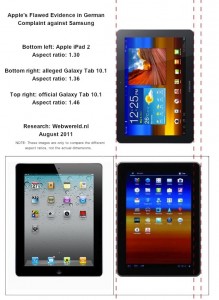 Samsung's argument was accepted and the ban of the Samsung Galaxy Tab 10.1 in EU has been lifted except in Germany - it still remains banned in Germany. The lifting of the ban has nothing to with the photoshopping that Apple did.

Meanwhile the August 25th hearing is still on and we will get more details about the issue. The Netherlands hearing is on September 15th.