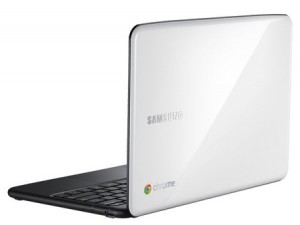 Hold your breath for a new enticer from Google – all new Chrome OS. Two years ago Google had announced about its Chrome OS release, and here it is for you. Samsung Chromebook Series 5 is one of the two laptops to have Chrome OS as its operating system. It will be available from June 15th. The Chromebook was unveiled on the second day of Google I/O Conference.

It has got a sleek look just like any other light-weighted laptop, the cover has got a Chrome logo to give a Chrome's feel. Dimensionally it measures 11.6 by 8.6 by 0.8 inches and comes in a weight of nearly 3.3 pounds. The boot time is less than 10 seconds which has been an issue for the Android tablets.

Chromebook is built and optimized for the web, where people spend most of their computing time. Whenever it is turned on, it automatically updates itself. No update prompts there. The built-in Wi-Fi quickly connects to a wireless network as the system boots up. Websites load quickly without a lag time and run smoothly. The Chromebooks are designed to get faster over time as new updates are released.

Some basic features include :

Samasung’s Chromebook is expected to cost at around $430 for the Wi-Fi version and $499 for the 3G version. The orders can be made on Amazon starting 15th June. The price seems to be bit higher as per the laptops with other OS available in the market. The Chrome OS has got a lot of attractive features, it will surely take some time before everyone start relying on its functionalities. 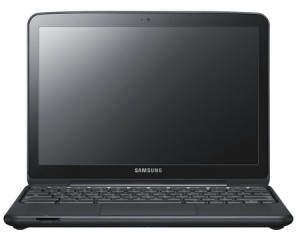