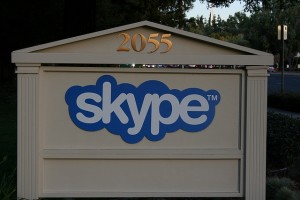 The Skype toolbar comes as an optional installation during the installation of Skype. It is currently available for Firefox and Internet Explorer under Windows. A Chrome version is also available in the beta version though. The toolbar highlights phone numbers found in the webpage users are currently looking at and allows them to make calls by simply clicking on it. It is set to install by default and, so, many users ends up unknowingly installing the toolbar along with Skype.

Mozilla explains that they took the decision to block the Skype toolbar because the Skype toolbar is responsible for as many as 40,000 crashes of the browser in a week and also significantly slows down the page rendering time.

This is what they wrote:

The current shipping version of the Skype Toolbar is one of the top crashers of Mozilla Firefox 3.6.13, and was involved in almost 40,000 crashes of Firefox last week. Additionally, depending on the version of the Skype Toolbar you’re using, the methods it uses to detect and re-render phone numbers can make DOM manipulation up to 300 times slower, which drastically affects the page rendering times of a large percentage of web content served today.

The block is a soft block though. This means that Firefox will disable the extension automatically and inform the user about it. In case users want it, they can manually enable it again. I feel that this is how Firefox should treat all the extensions installed by a third-party application.

Even if the toolbar is disabled, it will not affect the Skype application in any way and users can continue using it as always.