A couple of days back, the ninth beta of Firefox was released. It boasts of improved performance and support for hardware acceleration which did not make it to Linux. The lack of hardware acceleration in Linux was disappointing to say the least. So, we decided to benchmark Firefox 4 beta 9 in both Linux (Ubuntu 10.10) and Windows (Windows 7 Ultimate), running on the same hardware, to see how the different in the performance on these two operating systems.

The SunSpider benchmark has become like the standard for benchmarking the JavaScript performance in web browsers. In this benchmark, lower scores are prefered. 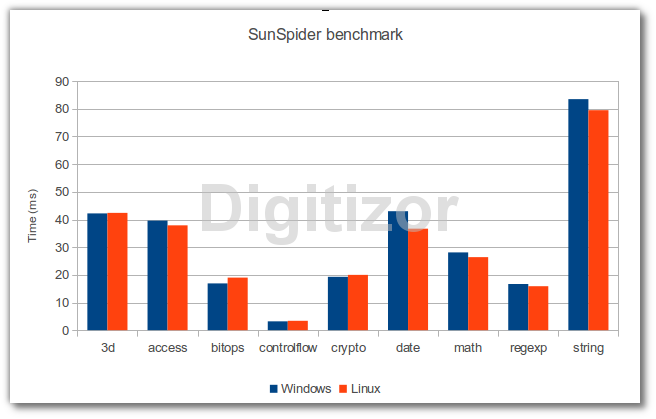 This is the total time in Windows and Linux: 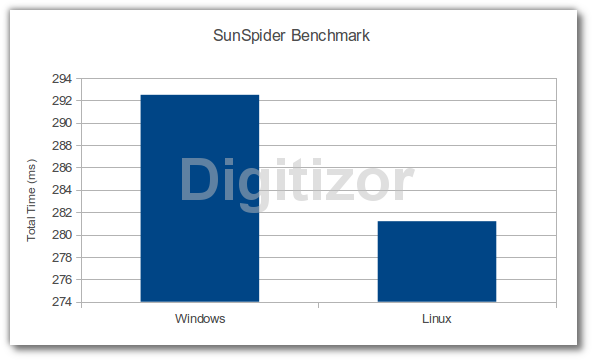 The total time confirms that the performance in Linux is better than that in Windows. The uncertainty in both these scores were less than ±2%. So that should not be a problem. However, the difference is only around 11ms - not a very significant difference.

Mozilla developed the Kraken benchmark to make the tests as close to a real world applications as possible. It is a modification of the SunSpider and here too, lower scores are preferred. 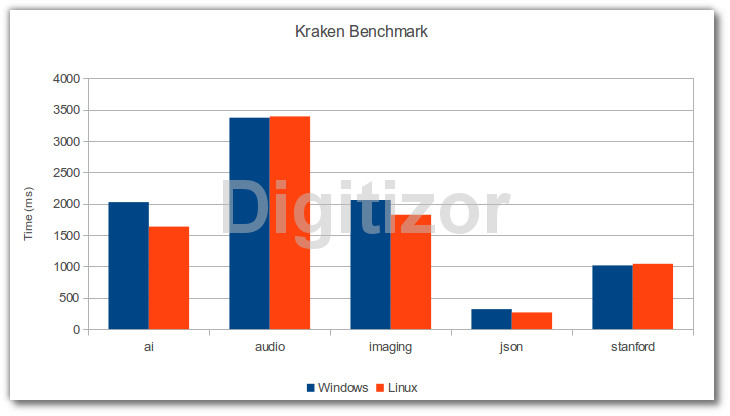 Here as well, the result is somewhat similar to what we saw in SunSpider. Out of the five tests, Firefox performs better on Linux in three of them. In the remaining two, the performance was almost same in Linux and Windows. 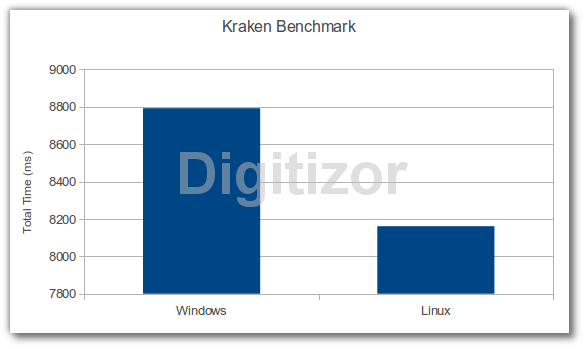 The total time, too, confirms what we saw above. Firefox takes around 8800ms to complete the test on Windows. In Linux, it is completed it in less than 8200ms. That is a difference of more than 600ms - quite a significant difference, I would say.

The V8 benchmark was developed by Google to test Chrome's JavaScript engine. In this test higher scores are preferred. The final score in this benchmark is calculated as a geometric mean of the individual test scores. 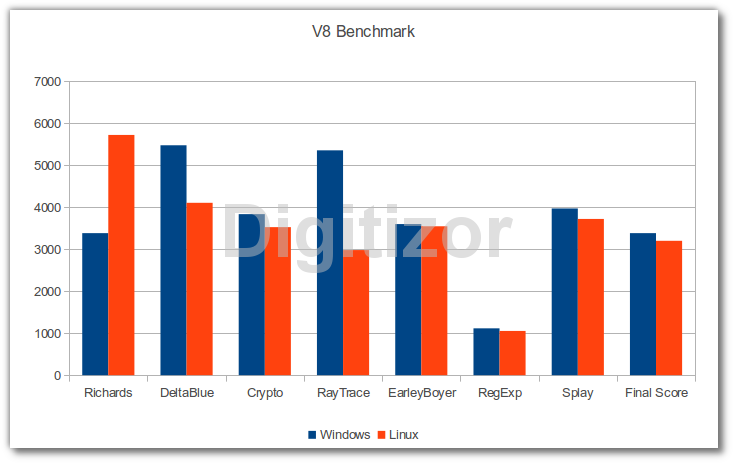 In this benchmark, the result is quite different from what we saw earlier. Out of the seven tests, Firefox performs better on Windows. Of the remaining three, the performance in Linux is better in one and they are almost the same in two.

So, naturally Firefox on Windows gets a higher score than that on Linux. However, the difference between the scores is not that much.

The Peacekeeper benchmark is an independent benchmark. Like in the V8 benchmark, higher scores are preferred in this case too. 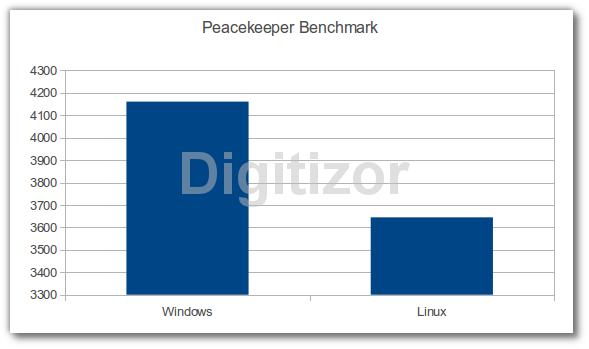 Here the result is significantly different. At a score of around 4150, Firefox scores way higher on Windows than on Linux where it scores just 3650. But I was expecting this because Firefox still does not have hardware acceleration on Linux.

Now, I invite you, readers, to draw your own conclusion and share it in the comments.