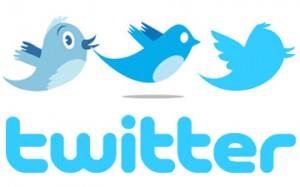 It looks like Twitter is spreading it arms everywhere. According to rumors, Twitter is planning to launch its own photo-sharing service very soon. A report posted on Techrunch says that it has confirmed this news "from many reliable sources" and the announcement will happen very soon. All Things D also confirms that Twitter will be announcing the service in its D9 Conference to be held in California. Twitter CEO Dick Costolo will be supposedly making the announcement at the conference.

If users want to share photos on Twitter, they mainly do it using third part services like Twitpic and Yfrog. If you use Yfrog, you will find that it is a complete visual copy of Twitter. You can tweet, share pics and videos and share links from within Yfrog - even Twitter itself does not this many features. The same is the case with Twitpic - it has got tweeting and sharing options.

These services make quite a lot of money using Twitter as a platform. The major income comes through ads displayed on the same page as the image. The success of these services must have drawn Twitter's attention towards media sharing. Twitter has not been making profit so far and they have been experimenting with different channels to generate revenue. If Twitter does indeed decide to integrate such a service, it will be a big blow for Twitpic and Yfrog.

Twitter has been spending a lot of money on development of new platforms and acquiring new products to grow. One fact that Twitter has made obvious with this rumor and its recent buying of TweetDeck is that it will not let any third-party application/service grow at its expense. It will always come up with something of its own and uproot the growing shrubs around it.

If Twitter does launch a photo-sharing feature, will you use it or will you stick to Twitpic and Yfrog?

Twitter To Launch Photo-Sharing Service was originally published on Digitizor.com on May 31, 2011 - 3:23 pm (Indian Standard Time)