You Are Here: Home » Web 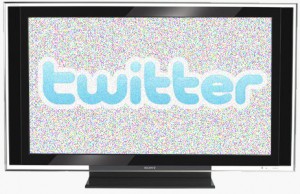 Last week saw some major events mainly in the Royal Wedding and Osama Bin Laden’s death. Both these events made people show their reactions on several social media sites as Twitter. Twitter had the edge of enjoying an integration with TV channels which significantly increased their audience engagement.

Many news organizations as ABC News, CNN, BBC, ITV, Sky used the Wedding occasion as an opportunity to launch new Twitter integrations and to experiment with reporting approaches of new kind providing real-time context and commentary that turns viewers into participants.

Some of the practices that emerged as a trend :

On-Air Integration of the Hashtags about the live happenings helped a large number of viewers to participate and share their views on the Wedding. Hashtag #RoyalWedding dominated the conversation with over 2.2 million tweets. Total Royal Wedding related Tweets for ABC News (e.g. Tweets including distinct royal wedding keywords, capturing Tweets not using hashtags) and has counted over 5.8 million in a little over four days around the Wedding.

The Royal Wedding is just one example of how real-time Twitter integration can enhance TV coverage and help drive viewership for a news channel. When TV shows bring Twitter elements into their broadcast, there’s a direct and instant increase in engagement on Twitter. Broadcasters are eager to work on new mantras to encourage viewer engagement, and in future they are surely going to coin in some more trendy stuffs.

Twitter and TV – An Integration was originally published on Digitizor.com on May 5, 2011 - 4:07 pm (Indian Standard Time)