We all knew that Ubuntu 10.04 was going to be code named with a two lettered word both starting with L, and the first an adjective and the second word name of an animal. Who would have guessed it, the next version after 9.10 i.e Ubuntu 10.04 is going to be called Lucid Lynx. It was announced by Mark Shuttleworth, the founder of Canonical, at the Atlanata Linux Fest 2009.

Ubuntu has been following this naming scheme since Ubuntu 6.06 which was called Dapper Drake. Ever since then, it has followed this naming pattern with each subsequent release starting with the next alphabet - Drapper Drake, Edgy Eft, Feisty Fawn, Gusty Gibbon, Hardy Heron, Intrepid Ibex, Jaunty Jackalope, Karmic Koala and, keeping in tune with the pattern, Lucid Lynx. You might like to see a detailed description of all Ubuntu Code names here and here.

If do not know what a lynx is, a Lynx is a type of wild cat with a characteristic tuft of black hair on the tip of their ears and a very short tail. Here is a picture of a lynx: 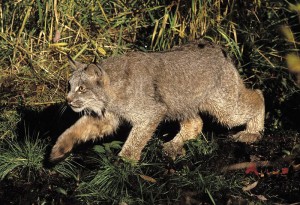 A Lynx (picture courtesy of Wikipedia)

And lastly, Shuttleworth also confirmed that Lucid Lynx is going to be a LTS (Long Term Support) Release, meaning that desktop users will get 3 years of support.

You can watch a video of Mark Shuttleworth's announcement here.